A holiday at Colleverde Country House is a truly unforgettable experience. We are situated in a lovely natural setting with lime trees, horse chestnuts and views over gentle hills, in a very relaxing location just a few kilometres from the centre of Perugia.Every year, we offer hospitality to families with children.

We provide open spaces where they can play, a safe swimming-pool where they can swim and have fun, and the magical experience of a holiday with horses, those most majestic and fascinating creatures.

Our accommodation is designed to satisfy the needs of all our guests.
For this reason, we offer two different types of holiday solution, providing a choice between staying in rooms or in an apartment.
The style is similar in both cases: simple and practical.The other common features are the excellent services on offer, the very relaxing atmosphere, and the feeling of staying in a place where nature is king.
All our apartments are on the ground floor and come with a veranda and a kitchenette.
We offer a choice of one, two or three-room apartments, to sleep 2, 3 or 4 people.Our rooms have all been recently refurbished, and are modern, spacious and comfortable.

The apartments and the rooms offer the following facilities:

The Country House offers a bed and breakfast service (B&B), but those who wish can also dine in our restaurant-pizzeria "Al Maneggio" open every evening except Monday. The cuisine is typical of the place, the real and genuine products of our land with a menu also designed to satisfy the little ones.

Among the dishes not to be missed we recommend our Torta al Testo, typical of Easter, a crushed flour, water, extra virgin olive oil and a pinch of salt, or the San Costanzo torcolo made with raisins, pine nuts, anise seeds and, for those who love it, even a little candied cedar.
The chef of the restaurant "Al Maneggio" will be happy to make you taste all the flavors of our land, while the numerous village festivals offer a great variety of typical dishes.

Our swimming-pool is open from June to September, or as long as the sun continues to shine, providing fun and relaxation for both adults and children.
Adults can enjoy our half-Olympic sized pool, complete with loungers and umbrellas: an ideal place either to relax or to take a little exercise.
Children, on the other hand, can have fun in the adjacent kiddies’ pool with its safe, shallow water.
Access to the pools is free and for the sole use of Country House guests. 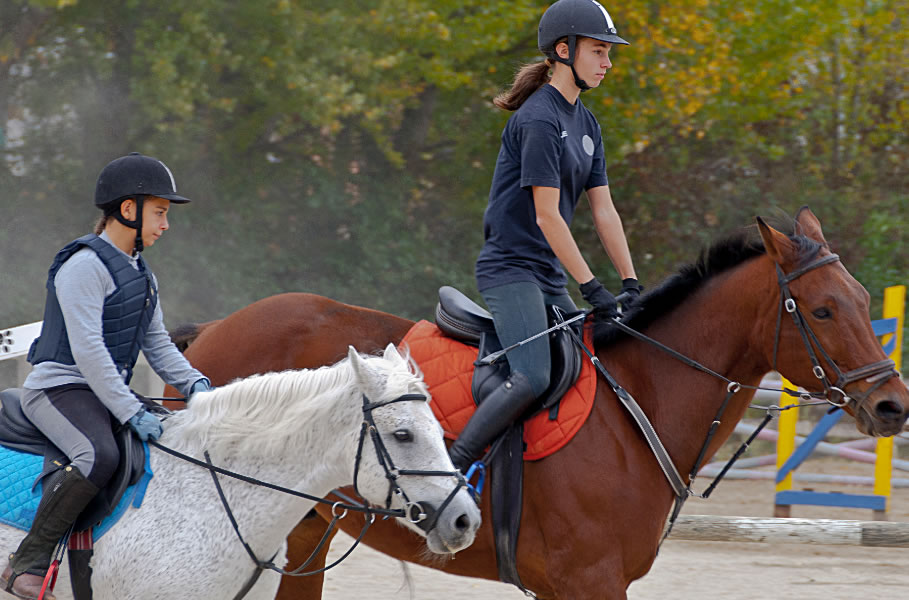 At Colleverde Country House, our guests can explore the wonderful world of horses,
enjoying some amazing adventures in the local area with these noble and graceful animals. Our staff can book you an excursion or a riding lesson at the stables.
We will select the horse which best fits your needs.
Children can enjoy the benefit of a special programme lasting an entire weekend, consisting of lessons with our own ponies and expert instructors.
At the end of their stay,they will receive a course participation certificate, a souvenir of a special time to take home and treasure. 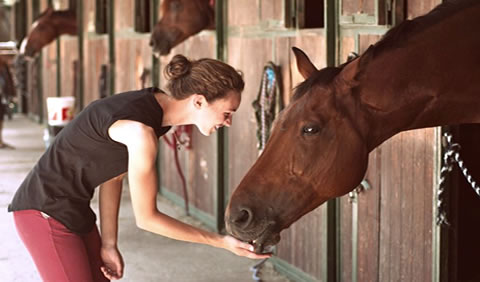 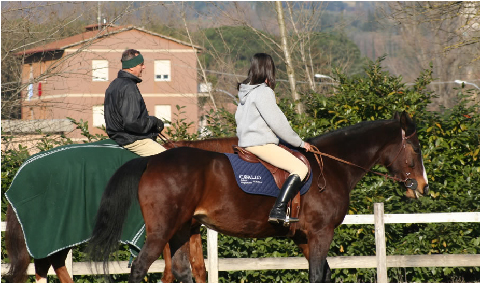 Colleverde Country House provides all its guests with many different opportunities for practicing sport.
This is the ideal place for those who love active holidays: our complex offers 2 tennis courts with night lighting, a five-a-side field and a half-Olympic sized swimming-pool.
But that is not all. Umbria is also the ideal place for lovers of cycle-tourism, with a huge variety of routes taking you through the beautiful and evocative local countryside.
It is a region where you can enjoy some truly unique experiences in terms of sport, culture, wellbeing and excellent food and wine.

All the most famous and evocative places in Umbria are within easy reach of our Country House. This is an area which has long attracted and fascinated visitors: with a rich history, many unique traditions, wonderful food and typical local products.
There is so much to enjoy in Umbria: this is a journey which starts with the local landscape and continues with appreciation of its fine products: olive oil, wine, truffles, chocolate and beautifully-made cashmere garments.
We will leave you to explore the most evocative parts of the region, with its beautiful landscapes and fascinating towns.
We will start with our own municipality of Corciano, listed as one of “Italy’s most beautiful towns”. When you walk through its streets, unchanged over the centuries, you have the sensation of time standing still. And this is where our journey begins.

Perugia, a splendid city founded by the Etruscans,is just 10 km away from Corciano.
The historic centre is distinguished by its imposing mediaeval walls. Other sights include the Fontana Maggiore, a lovely fountain in the middle of the Piazza IV Novembre, and the magnificent staircase of the Palazzo dei Priori. Then there is the cathedral with its wide steps, where locals and students love to sit in fine weather.

The most famous town in the area around Perugia is certainly Assisi, a required destination for anyone interested in the history of religion and art.
The wonderful frescoes in the upper basilica are truly unique, and have retained all their beauty and fascination over the course of many centuries.

Only a short distance from Assisi you come to Spello:
a lovely town which still retains its ancient Roman walls. If you continue south, you can visit Foligno, Trevi and then the Fonti del Clitunno.
This lovely oasis contains numerous fresh water springs, which together form a little lake with islands, all surrounded by willows and poplars. From here, you can continue to Spoleto.

Our Country House is also within easy reach of Gubbio, one of Umbria’s most ancient towns, situated on the slopes of Mount Igino.
Every year, Gubbio stages a traditional procession known as the “Corsa dei Ceri”, which attracts tourists from many countries.
The town also claims to have the world’s tallest Christmas tree, visible from a very great distance.
Gubbio and Città delle Pieve have become very well-known in recent years, as they have featured as locations for famous TV series.

Our virtual tour must also take us to Lake Trasimeno, including some delightful places such as Castiglione del Lago, and the village of Monte del Lago.
The three lake islands, Maggiore, Minore and Polvese, complete a picture which is already gorgeous in itself.